We made it in one piece! After an 11-hour flight with great entertainment (watched Best Exotic Marigold Hotel and would definitely recommend!) and as much drink as we wanted, we got our pre-booked transfer to the hotel. So pleased we had this sorted beforehand- would not have wanted to negotiate Hong Kong transport on the two hours sleep I managed on the plane. By the time we unpacked and headed out for dinner we were pretty much shaking with tiredness. First impressions of HK- neon, warm, busy, enormous high-rise buildings, but the landscapes are greener than I expected.

We set off for Central and Shueng Wan, getting to grips with the easy peasy subway system on the way. In the packed Maxim’s we went to for lunch we were seated at the same table as a French girl and her mum; any awkwardness dissolved when Matt was served a large ball of unidentified meat which he didn’t order, but ate anyway. They told us they were working here for Elle Gourmet and recommended a few great places to eat and explore, which was greatly appreciated by us clueless tourists!

We took the Central-Mid-levels escalator up the steep hill towards Hollywood road- the longest escalator in the world. On either side there are stylish boutique windows making it seem as if you’re at ground level, until you look down and see they’re two or three floors up. Man Mo temple was fantastic; various cavernous rooms filled with heady sandalwood from the many incense coils burning overhead. 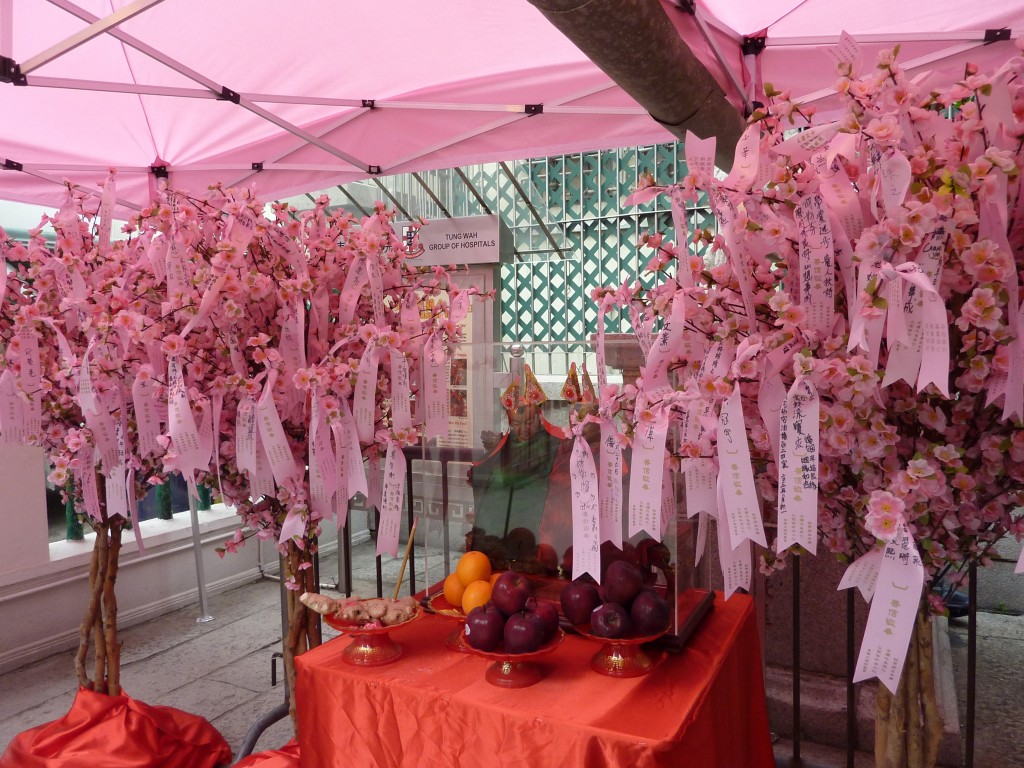 A couple of beers and a good night’s sleep later and we’re starting to feel like humans again. Plans for the coming days include hopefully joining in with morning Tai Chi in the parks, seeing the skyline light show at night and heading to the beach. Watch this space!