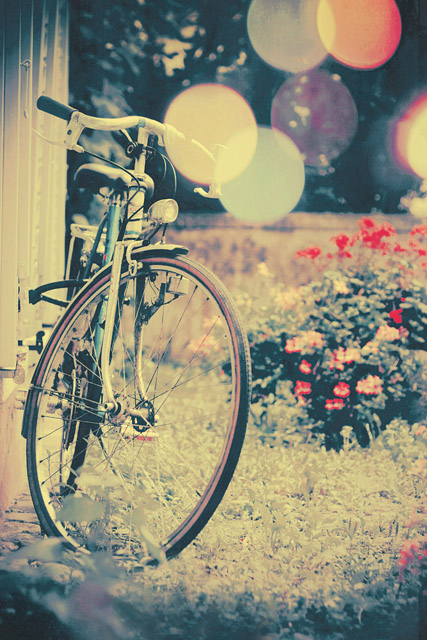 Around where I live we’re lucky enough to have miles and miles of rolling hills which, on sunny days like these at least, rival the South of France. So instead of joining the gym this Summer (this unpaid intern’s putting the money saved towards treats like these) I’m dusting off my neglected road bike and hitting the pedals.

To kick-start the fitness regime I decided to set myself a Killer Hill Challenge.

As we’re in a valley here there’s a whole host of horrible hills to choose from. The one I picked is a stretch of just under 1 mile, consistently steep but not impossible, I thought. My challenge was to go up and down it 10 times.

I was struck by just how unfit I’ve become whilst slogging it up to the halfway mark of the first hill climb. Panting and starting to sweat profusely, I heard a bright and cheery ‘morning!’ from the team of blokes sailing past me with ease. I took a big swig of water and took comfort in the fact that at least I get the wind in my face on the way back down as a treat.

The second and third climbs continued in the same way, my thighs burning and me seriously reconsidering attempting a total of ten. Maybe the hill next to my house could count as the tenth?

The fourth and fifth, in comparison, were easy-peasy: my legs had warmed up and I became so lost in my own thoughts that the climbs flew by. The sun was shining, beautiful horses trotted by from the nearby stables, bluebells dotted the road (maybe I’d pick some on my way down?)… I looked down at my speedometer and realised with dismay I’d slowed to a measly crawl of 4mph.

Reaching the top for the sixth time, having maintained a not-so-bad 6mph minimum, I noticed two old gents sitting out watching the world go by next to where I swerved round to head back down. Maybe they’d notice my admirable feat? I could just imagine it- they’d rally the neighbours to cheer me on, maybe they’d get some music playing, we’d all celebrate my achievement with a mid-morning beer…

By the seventh hill they’d gone inside.

Number eight was a struggle; yet again an all-male peloton overtook me without breaking a sweat. (Incidentally I barely ever pass female riders, only ever men. Come on ladies, on yer bikes!)

But I was cheered on the tenth and final time by a struggling jogger who said I must be mental. Ah, but tis the nature of the Killer Hill Challenge my friend.

Filed under Fitness, Other Things