Late to the Party: Girls 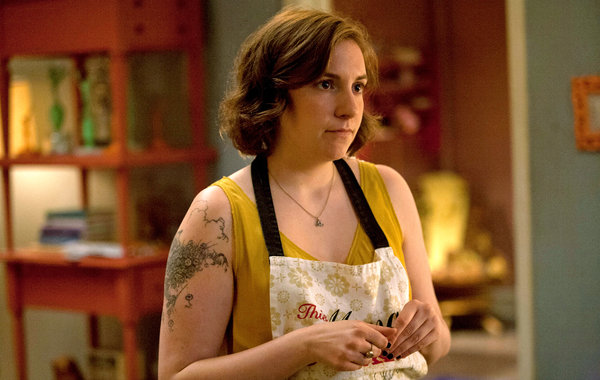 Since getting back to the UK after 7 months away I’ve been pretty out of the loop on most things. I only just got Twitter. I only saw one and a half episodes of Broadchurch. The first time I heard Daft Punk’s Get Lucky was when it hit number 1. (This from a girl who used to be a student radio presenter.)

So I’m always grateful for people educating me on what I’ve missed out on. When I told my friend this weekend that no, I hadn’t seen Lena Dunham’s Girls, she told me I had to watch it and plonked me in front of her laptop where I promptly watched 3 episodes.

It’s brilliant. If, like me, you’ve been living in a cave for the past half year or so, it’s a kind of Sex and the City: four girls living in New York. Except they’re all 23ish, they don’t all have unrealistic clothes and jobs (the main character is an unpaid intern), and they’re all normal looking. And yes, I know I’m late to the party on this one, but it really is refreshing- finally, a TV show that doesn’t make me look in the mirror and want to change something!

There’s two series already so I’m going to be hooked for a while. I’ll pass on the words of advice my friend gave me though- ‘don’t watch it with anyone else. You have to watch it alone or it’s too embarrassing.’ You have to have a certain kind of friendship with someone to be able to sit through that kind sex scene without cringing…

If you can think of any other trends/TV/music that have almost definitely passed me by, let me know!

Filed under Other Things, TV

3 Responses to Late to the Party: Girls